Graffiti Live Event – February 2014
An old battered car becomes part of a stage set located above Apple in Trinity Leeds. The backdrop is the Trinity Leeds Shopping centre and the set is a strange mix of boards, street scene and it is all painted white. For one week only the set remains the same. Then one Saturday a squat team of graffiti artists led by Leeds’ very own BRETSKI descends to blast the scene with colour. Taking requests from customers and the general public the whole scene changes from hour to hour. At the end of a fantastic day the creation is left as an exhibit for two weeks. The car is then taken away and crushed to become a seat in Trinity Kitchen.
The car has been driven over 100.000 miles and its final destination is Trinity Kitchen in Trinity Leeds for all to sit on! Created by Antonia Stowe Art Facilitator for Trinity Leeds. 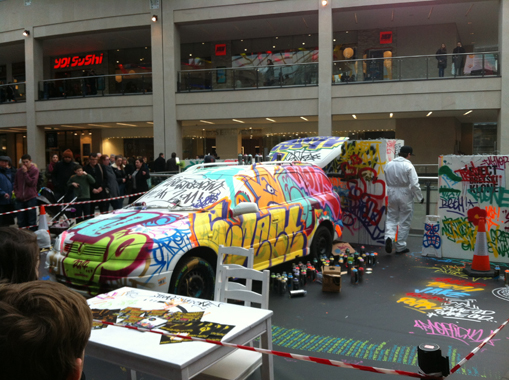 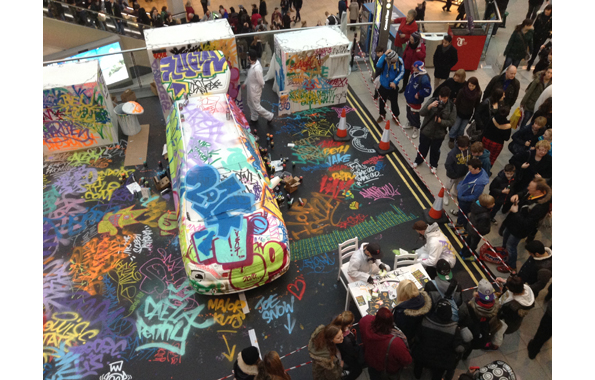 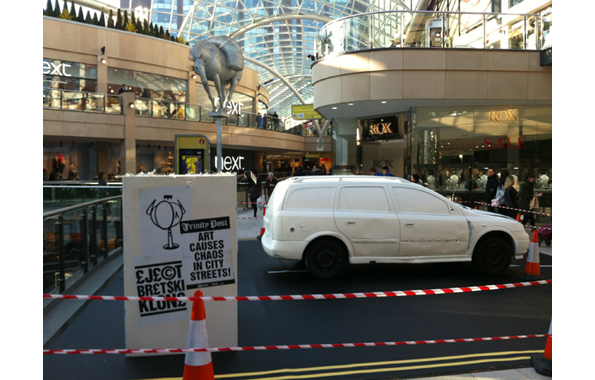 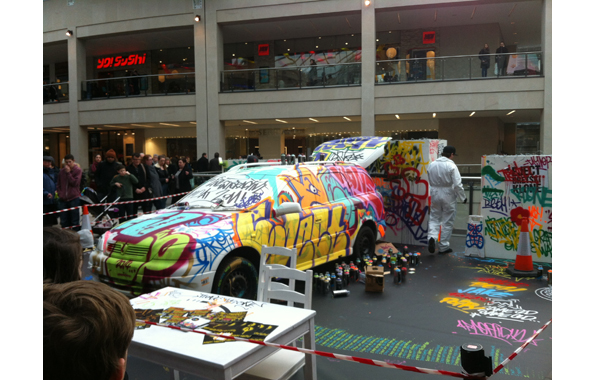 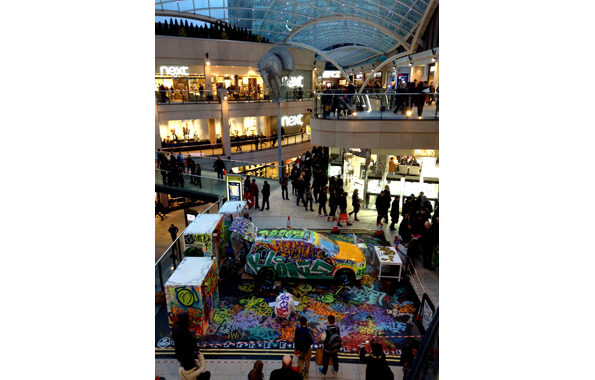 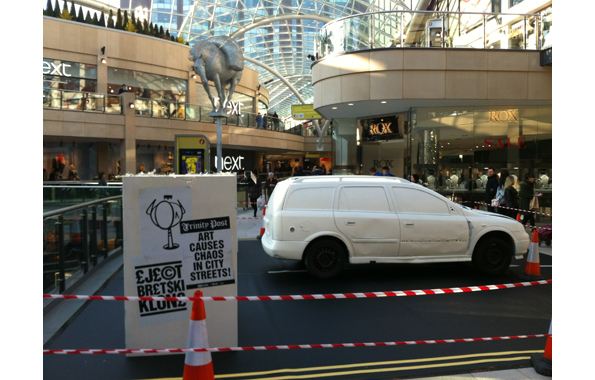